IF GRACE HAD LEFT US HER STORY,
MAYBE IT WOULD SOUND LIKE THIS:

IF GRACE HAD LEFT US HER STORY, MAYBE IT WOULD SOUND LIKE THIS:

Stellar Tales from an Extraordinary Life: Journey of the Irish Pirate Queen From the west coast of Ireland to rebel hearts around the world:

The name’s Grace O’Malley. I’m guessing you’ve heard of me but, just in case you’re one of the few who hasn’t, let me bring you up to speed. I was born Gráinne Ní Mháille in Co. Mayo in 1530. Even for the daughter of a Chieftain, it wasn’t a kind world for a woman back then. So I saw to it the world learned a lesson or two. By the time I was done I was a ruler of clans, master of territories stretched across Ireland, and I’d even given Queen Elizabeth I a piece of my mind.

A few centuries on, and the world still needs me – still needs fighters, still needs never-back- downers. Still needs the thirst for adventure and enterprise, that put the name of Grace O’Malley on the map. So let me tell you how it got there. My father’s name was Chieftain Eoghan Dubhdara ‘Black Oak’ O’Malley. He, like his father, and his father’s father, was a businessman, a seafarer, a trader. He was always off on this expedition to Spain or that mission to Portugal and, obviously, I wanted to go with him, to prove my worth as his heir. “Not a chance, Grace”, he said, “your hair’s too long, it’ll get caught in the ship’s ropes!” Well. I wasn’t going to let that one go. So I cut off my hair. That saw to him – can’t very well complain about hair that isn’t there! It might have earned me the nickname Granuaile, or ‘BALD GRACE’ but it showed Eoghan I had the grit for the business, and away we went.

Soon came time for me to marry, and when I was 16, I was wed to Dónal an Chogaidh ‘the Cock’ O’Flaherty. If you’re wondering about his temperament – the name’s a bit of a giveaway. Our Dónal was a hot-head. He was impulsive. He was a fighter, not a thinker. Luckily for him, I was there to do the thinking for him.

He had a nasty habit of starting battles he couldn’t finish, you see. Unfortunately one day a battle finished him and our home, Cock’s Castle was taken. With a widow’s fury and the O’Flaherty clan behind me, we challenged its captors. Sent them scattering across Lough Corrib in flight. Cock’s Castle was won back but the name was no more. Its bloodied walls became known as Hen’s Castle from that day on. Rue the day that anyone dares me to show my claws!

It was only then I could grieve Dónal and returned to Clare Island with our three children. Although, we were far from alone – practically half the O’Flahertys tailed along with us. I suppose I must have made an impression.

Father died in 1565, and as the only child it fell to me to lead the O’Malley fleet. Of course, I could never be official Chieftain – God forbid an enterprising woman be recognised for her achievements! – but I held power all the same. And let me tell you, it took some holding on to. Not a year after father passed the MacMahon’s killed my man Hugh de Lacy. I’d rescued him – given him a home, shared a bed – and they killed him.

‘THE DARK LADY OF DOONA’ THEY CALLED ME.

Has a better ring to it than ‘Bald Grace’, I think you’ll agree. The MacMahons had been seen to, but a bigger thug was on the horizon. Henry the 8th. They were tightening the noose and all of Ireland was feeling the choke. I knew we needed Rockfleet Castle to control Clew Bay, and so the West. Only problem, I had to marry to get it. At least – that’s what the MacWilliams thought I was doing. After my wedding to Risdeárd an Iarainn ‘Iron Richard’ Bourke, heir to the Chieftain of the MacWilliams, I was the new lady of Rockfleet Castle.

But what they’d forgotten, was Brehon Law at the time imposed a trial period on all marriages. Of one year. One year, it turned out, was all I needed to install myself and all my ships at Rockfleet. When the year was up, I just let Richard know I wouldn’t be needing that marriage after all. One less husband – one more castle.

I COULDN’T VERY WELL STOP TRADING JUST BECAUSE I WAS WITH CHILD!

He did manage to do his husband’s work before I dismissed him, mind, and a few months later I had our boy Tibbot. Although, that was almost the day we lost him too. You see I was out at sea when it happened – but we sailed into waters patrolled by Barbary pirates, and they took a liking to us. So, just after I’d bore Tibbot, it was back above deck to see them off.

“Take this from unconsecrated hands!”
I said, and gave their officers one from our cannon. Well they didn’t like that. Off they went, leaving their ships behind as ransom, of course.

Now I wish I could say that men foolhardy enough to underestimate me existed only beyond our Emerald shores, but alas there are many here in Ireland that have lived to regret doing so. One such confrontation occurred on the road home from one of my visits to the Lord Deputy in Dublin. I had stopped at the port of Howth to replenish provisions before returning to Mayo, and thought it only polite to call on the Earl St. Lawrence for dinner.

He did not feel the same way.

I was told that he ‘could not be disturbed’ – and the gates locked, no less. The cheek! Well, I did not take well to this as you can well imagine. I was making my way back to my ship, mind racing for a way to level the score, when fate dealt me yet another kind hand. Who should happen upon our path, but the Earl’s grandson! If the Earl wouldn’t leave open his precious gates for a visiting Pirate Queen, he certainly would for a kidnapped grandson. Almost tripped over himself he did to pay any ransom I demanded. Lucky for him I wanted nothing more than to give him a lesson in hospitality. My ransom demands were to be honoured indefinitely.

And so the gates to the Castle remain open and an extra place is always set in the dining room for anyone seeking hospitality to this very day.

Of course, this all sounds like fun and games now, but while I was occupied with settling scores and stealing grandsons, the English invaders closed in, crushing Ireland under their thumb. One man in particular, a real mean old dog, was Richard Bingham, the Lord President of Connaught. The old devil took my eldest, Eoghan, from me, and to add insult to injury reported to his Queen Elizabeth that I was ‘NURSE OF ALL REBELLION IN THE PROVINCE’.

‘NURSE OF ALL REBELLION IN THE PROVINCE’.

Ha! Nurse of all rebellion? You can’t call us rebels in a country you’re not the rightful ruler of. He didn’t like that one bit, and he almost got the better of me by destroying all our crops and cattle. Almost. See he made the mistake of leaving his fleet unguarded. So it soon became my fleet.

But, he didn’t want to let it go. Fair enough, I wouldn’t have either. He came back at us with double the force – double the ferocity. And in the end, he took apart most of what I’d built. Not before I could escape in one of his ships, and send off a quick note to this Queen of his. If you can’t reason with the manservant, after all, just go straight to the woman in charge. She obviously felt the same, and so…

I TRAVELLED TO LONDON TO MEET THE QUEEN IN PERSON.

My demands were simple – release my captured sons, namely Tibbot the Mac William. Pay me a pension. And, last but not least, call off her dog Bingham. This was all in Latin, of course. She didn’t have any Irish and I sure as hellfire wasn’t going to speak English. Could have been in French or Spanish, but Latin just seemed more fitting, somehow. With a bottle of whiskey and the will to sort the mess out, we thrashed it out.

I wouldn’t bow to her, of course, no Queen of Ireland was she! I think she respected that, in a way. I think she was just as I was – a woman that won’t be held down, in a world bent on holding. And I got what I came for. My Queen-meeting days behind me, I got back to the business of trading, seafaring and leading my men. I made it well into my 60’s before the years finally caught up with me, and I passed at home in Rockfleet Castle, and was buried on Clare Island.

When the cartographer Bapista Boazio came round Ireland in 1599, he included the ‘territory of Grace O’Malley’. I was the first and only female Chieftain ever to be recognised. But my legacy is more than lines on a map. I blazed a trail for intrepid spirits to follow – I burned my name deep in the history books, and folk tales are still being passed on today telling stories about my life. And though that life is over, MY SPIRIT LIVES ON in my whiskey, and my name on the lips of all that enjoy it. So here’s to me, Grace O’Malley, Ireland’s first and last pirate Queen! 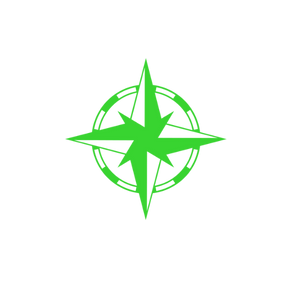